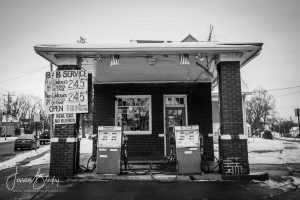 Every weekday morning I drive by the B&B gas station at the corner of Chestnut and Southwest Road, and I’m reminded of one of Platteville’s quietest historical landmarks.

Run by the Nodorft family, this little gas station has been operating since the 1930s and looks similar as it did many moons ago. In a world of constant expansion, I’m glad to see some things stay the same.

One of these days I’m going to see if I can remember how to use one of these pumps and pay with cash. 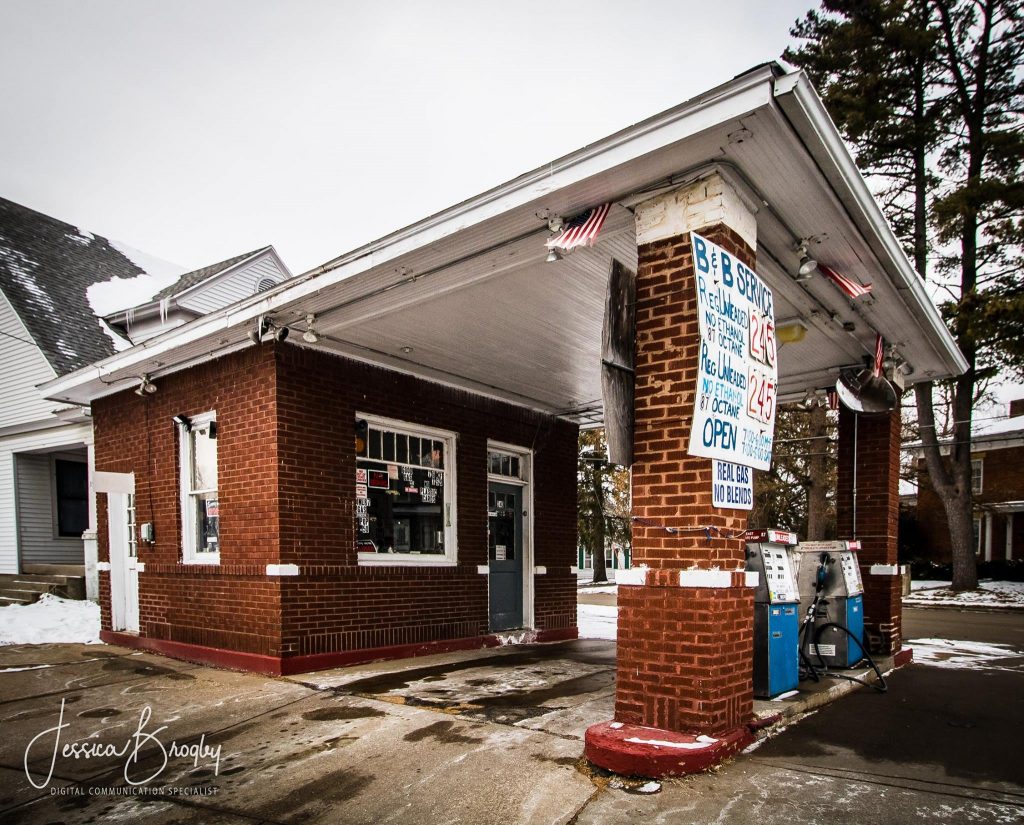 I’ve found myself falling into a rut, a lull for the past few weeks. There are other portions of my non-tech coach job-life that aren’t as engaging and visible, and it’s fairly easy to fall into a vacuum. It’s not good for me at all and doesn’t keep me accessible. Today was a different kind of day.

I had the honor of collaborating with a fantastic teacher. She loves teaching, and she knows what she’s doing. Immediately I could tell that she was a reflective practitioner that constantly asked herself if what’s shes doing is effective. The target was clear in that she knew specifically what standards she had to it. There’s no doubt she could answer the famous question, “What do you want students to know or be able to do as a result of this lesson?”

After figuring out what standards she was obligated to meet, we combed through her lesson asking ourselves if that was going to help us get to the finish line. If it was, then were tweaks we could make to make the lesson more engaging.

Several of the tweaks we made, had little to do with technology. For example, we brainstormed the idea of bringing in guest speakers. Any decent Tech. Coach is going to tell you that not every lesson needs to be infused with transformative technology. Sometimes non-techie things are better.

Of course, I wouldn’t be me if I didn’t try to pitch some super fun tool. Today Explain Everything, Pear Deck, Kahoot, and Google Drive seemed to fit just right. Each one offered something that couldn’t be done easily without technology and will give the kids an enhanced learning experience.

Today was a great day, and I was honored to have the chance to work with a teacher. I can’t wait to help out in the classroom and see all of this brainstorming come to life.

You will gain nothing with arrogance and righteousness. Regardless, of your skill and accomplishments, someone will always be better than you. Rather than tear your neighbors down, build them up. I promise, there’s enough success to go around for everyone.

If you’re exploring 360 photography, there are many options available, but the top two that come to surface for me are the Samsung Gear 360 (2017) & the Theta S. Both are phenomenal 360 cameras for anyone looking to get started in photosphere photography. Now that I have experience with both, I’d like to share the plusses and minuses to both. 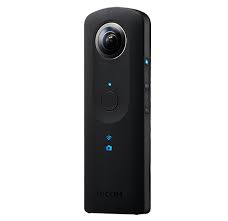 So…which one to buy?

Well, ideally I’d suggest that you save up your pennies for the Theta V, but at $430, it’s tough to justify if you aren’t planning to recoup your investment. So, if you just want a bunch of fun photos and videos, I’d go with the Samsung Gear 360, but be prepared to spend time getting the hang of it on events that aren’t crucial to catch. There’s a bit of a learning curve. If you’re not a techie, and you just want 360 photos, then go with the Theta. Both devices are super fun and offer all sorts of creative options.

When I moved down here I was so surprised that several communities have their own fairs. Where I grew up there was just one, the county fair. Down here individual community spirit is very much a fabric of our culture. Each event might have a little midway and almost always there are kids showing animals or other exhibits. Platteville hosts “Dairy Days” just a few weeks after the Grant County fair. Gosh, I think the Belmont fair might be after this one too.

I’ve lived here about five years and events like these are near and dear to my heart because they resemble a precious community spirits that each town possesses. Multiple generations engage in these events and, from what I gather, not much has changed. And that’s okay.

This evening, as the cool breeze dampened the midway, I was thinking to myself, “Yeah, I love this town too.” 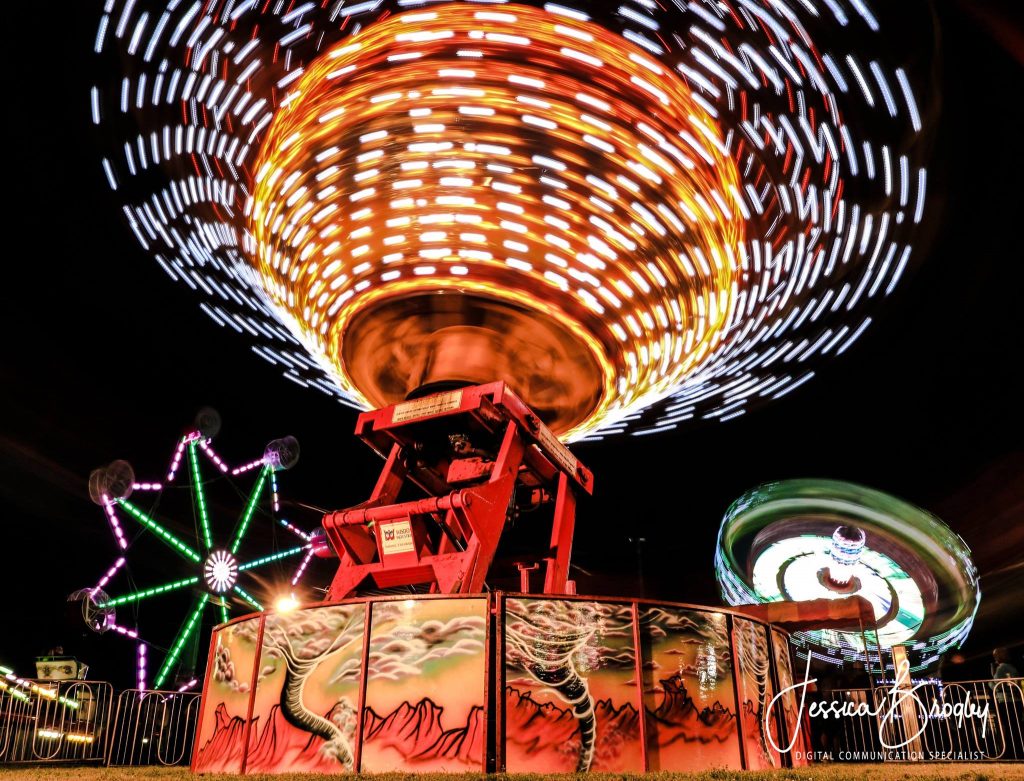 This marks my first time walking the barns at night, and I was sure thankful to do so with my camera in hand. I love the sounds of the animals settling down for the night and folks finishing up late-night chores. While the daytime is so very busy, the evening is satisfying, signifying the conclusion of yet another memorable day. The barns have a certain peace about them late at night that’s really neat. 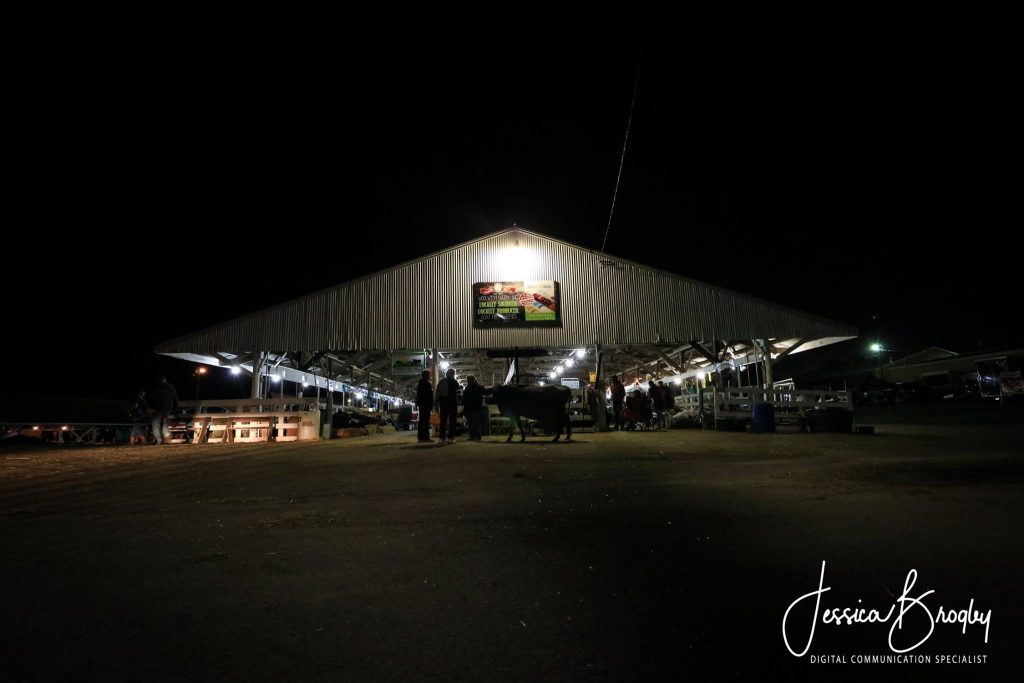 Recently I was asked to talk about Chrome Apps and Extensions for students with special needs, so I’m leaving my ideas here. I do want to say though that these tools are good for any learner.

2. Mic Note. Mic note reminds me a Evernote without the frustration. Mic Note is very easy to use, stores to the cloud, and contains multiple features that make note taking easy. Note that the free version only allows for ten minutes of audio per note, so the student will not be able record long lectures.

3. AdBlock. So Adblock isn’t going to help them learn content, but it reduces distraction. I dislike seeing advertisements all over students’ screens. AdBlock reduces those occurrences.

4. Mercury Reader. Formally called Readability. This app clears the clutter from a website you need kids to read. Let’s face it – digital media is busy. If I have to read multiple pages online, my attention is drawn to all the other text and imagery. Mercury Reader flips the page to a distract-free version and allows the user to change color contrast and font size.

5. Grammarly. This app catches grammar mistakes but goes beyond just spelling errors. As students type, any mistakes or possible mistakes will be highlighted in a coral color. It is, by far, more accurate than just using spell check in Googledocs. Students should be logged into Grammarly for more free features.

There are LOTS of Chrome Apps and Extensions that can be beneficial to students with special needs, anyone actually. I would caution you against installing 15 of them at the same time. 🙂 There are extensions that cause glitches in Chrome, and it would be easier to narrow down the culprit, if you only tried a few at a time.

Just know that there are great Chrome App and Extensions that can assist students in controlling their own learning. Try a few out. Share with students and be ready to support them through the process. Not all students will not use these tools without your reminders or support. And practice what you preach, right? Use them yourself too! And lastly, share your experiences with your colleagues!

Read and Write for Chrome offers annotating built right into Chrome. What an awesome tool!

It’s a tool bar that installs in your Chrome browser so you can annotate or utilize speech to text.

The free version does NOT offer the ramped up features you are going to want. For example, you will not get the speech to text features, word prediction, highlighting annotations, or even ability to insert pictures.

You WILL get the following goodies:
1. Text read aloud
2. Translator
3. Fluency tool

All three are certainly helpful, but just a carrot to get you to consider the whole package. 🙂 To make matters more tempting, teachers can access the premium version for free.

Southwest Wisconsin is rich in history, and there are several resources calling your name. When I moved to Southwest Wisconsin four years ago, I fell in love with the idea that I could visit so many places and experience history with primary and quality secondary sources. Check out the map below for a list of great places for you to visit. Of course, before you head for visit, check hours of operation. Enjoy!

About two months ago we moved into a new home. The basement is large, but missing my do-it-yourself green screen I created in the old basement. The basement has unfinished drywall, but I still didn’t want to paint the walls lime green just quite yet.

I was in Hobby Lobby this weekend (giant craft store) and found a bolt of lime green poly fabric. You know — when you go to a conference and get a free bag that is a mix between fabric. That stuff. It was $2.99 yard and there were seven yards left. I knew that I needed something 7ft tall and at least 6ft wide. I’m not good with meas

uring, but the gal at Hobby Lobby figured I’d have a lil’ extra, so I took it all.

My first step was to cut even panels. I had enough for three single-ply panels. I really wanted two-ply because there’s a light that shines behind the screen. Unfortunately, I didn’t have enough fabric.

So I cut three even panels and stitched them together. I didn’t press or pin because I’m, well, impatient. Seriously though, it’s no big deal. This fabric burns easily so don’t try to iron it. If you’re bent on ironing, then you have to place a barrier between the iron and the fabric. If you don’t, it melts in seconds.

After the panels are stitched together you need to make your top. You have choices here. I decided to take the quick route and run duct tape across the top. Had I been more patient, I would have sewn a casing for a shower curtain.

The downside to that

decision, though, would’ve been a shortened curtain and additional cost in a shower curtain rod. So far I’m happy with my decision.

After folding over my duct tape, I used a paper hole punch to run a hole every 4ft.

The header in the basement was at just the right spot, so I found some old tea cup hooks. I screwed them in every four feet and hung the curtain.

I didn’t know if I had enough fabric to stretch across, but it turned out I had an extra 2ft. I cut it off and gave the top another punch hole.

Once I was done, we gave it a test using the Do Ink app — it worked great. I still think I need to invest in a lamp, but that’ for another day.